Waking up to the need for dedicated space and special care for pregnant minor girls, the women and child welfare department has notified a dormitory at the short-stay home in Nirmal Chhaya for would-bemothers in an advanced stage of pregancy.

As many as six minors in an advanced stage of preganancy will be shifted to a dormitory freshly notified as Children’s Home IV in the Nirmal Chhaya complex at Hari Nagar.

Senior officials at the home said the girls are in the age group of 14 to 17 years. They are either victims of rape or incest. A majority of them have been dumped by their boyfriends. The officials said the need for a separate space was felt as other children in the home would get curious about the pregnant inmates. The sight of the girls in labour traumatised the other children, he said.

“For now, girls who will complete the seven month of preganancy will be shifted to the dormitory. Two weeks after child birth, they will be shifted back to the children’s home. The baby will be put under the care of the nursery and the mother will be able to murse the child. Later, if the need is felt we may ask the government to create a separate annexe for such cases,” CWC chairperson Neera Mullick said.

In the Nirmal Chayya complex, there are at least six cases of girls in advanced stage of pregnancy and one girl has delivered last week. The Asha Kiran home for the mentallychallenged at Avantika in Rohini, too, has a teenager, around 15 years, who is pregnant. She is likely to be shifted to this new dormitory.

“The notification by the government is a recognition of the need for specialised care for minors preparing to deliver a child,” said RishiKant from the NGO, Shakti Vahini, which works against trafficking of girls across the country.

“Trafficking of minor girls is rising and we are seeing more cases of minors who are victims of abuse. Many of them are as young as 11-13 years. They don’t even understand the meaning of pregnancy and what it means to deliver a child,” he said.

Source:  Govt to set up new home for pregnant teens – The Times of India http://timesofindia.indiatimes.com/city/delhi/Govt-to-set-up-new-home-for-pregnant-teens/articleshow/6967656.cms#ixzz165w87LCQ 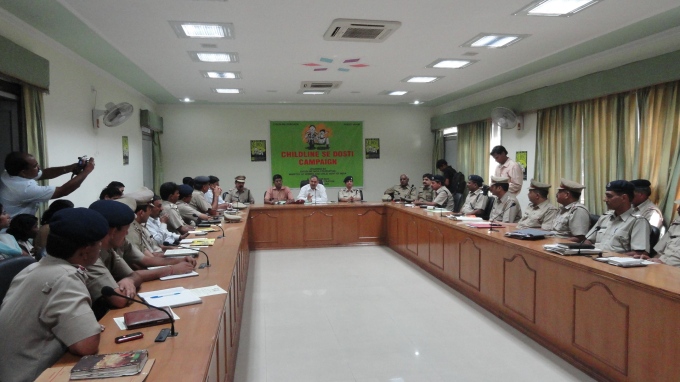 Haryana ADGP-cum-Gurgaon Police Commissioner Surjeet Singh Deswal has directed the police officials not to call any senior citizen or woman to the police station, even if they are accused, witness or complainant in a case. Speaking at the launch of “Childline se Dosti” campaign at his office here today, Deswal advised the station house officers (SHOs) to ensure that their subordinates behaved in a courteous manner with the elderly and women. The Police Commissioner maintained that the statement of a woman should be recorded only by a woman police official.

Nishi Kant from Childline said the campaign would continue till November 14. The rescued children kept at “Arushi Home” tied friendship bands on the wrists of the police officers and the Police Commissioner gave them presents.

Like Loading...
Leave a comment Posted on November 10, 2010 ANTI TRAFFICKING, Child Rights, FIGHT SLAVERY
TIMES OF INDIA
GURGAON: In an alarming revelation, the Gurgaon police admitted that at least five children go missing from the city every month. While launching acampaign Child se Dosti on Tuesday, the city police commissioner, S S Deswal, admitted to this disturbing fact. He also added that while 55 children went missing in the past 11 months, 34 of them have been traced and reunited with families. Commenting on the missing kids, Deswal said, The families of the 13 missing children have shifted from Gurgaon so the job of tracing them have become difficult. But we are on the job. 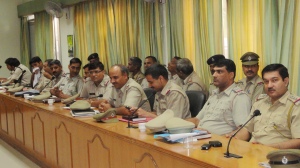 THE GURGAON POLICE ON THE OCASSION OF CHILDLINE SE DOSTI CAMPAIGN

The commissioner also said that they are going to be sensitive when it comes to issues related to women and children. Speaking to reporters, the police commissioner said he has directed all officers not to call any senior citizen or woman to any police station for questioning irrespective of the fact that they are accused, witnesses or complainants.

He also directed all police officers to ensure that statements of women should be recorded only by a lady police personnel. There are considerable number of female cops and we are hopeful of deploying them at police stations in near future, Deswal said. Referring to cases of child abuse, Deswal said they have already declared zero tolerance for child abuse and advised that children, their parents or schools should report such cases instead of suppressing them.

Taking their ‘zero tolerance policy‘ towards cases of child abuse a step further, the Gurgaon police have decided that children would not be called or taken to the police station for initial questioning or investigation. The police have also included women and senior citizens in this category.

Gurgaon police commissioner SS Deswal said police officials would instead visit the homes for verification and other investigation related matter.The police have also tied up with NGO Shakti Vahini to organise a one-week training programme to sensitise its force at 23 police stations. The police force would be trained about how to deal with abused children and their parents.

“Children are the vulnerable section of our society and we should do whatever we can to help our society grow as a healthy society,” he added. Two cases of child abuse were recently reported from two upscale schools in the city. The police also launched a helpline to prevent or reach out to help the victim in child abuse cases.

“Any child, his/her parents or schools should report cases of child abuse instead of suppressing them. Such cases can be reported on the helpline number 1098 or the Police Control Room number 100 and 0124- 2316100 or the Woman and Child Helpline number 0124- 2335100,” Deswal said. Nishi Kant from the Shakti Vahini Foundation, who will be heading the programme, said, “Our team of counsellors will visit all the 23 police stations and co-ordinate and sensitise the officers as to how to behave with the parents and children in case of child abuse.”

The commissioners added, “Any senior citizen or woman shall not be called into the police station. The statement of the woman should be recorded by a woman police officer.” 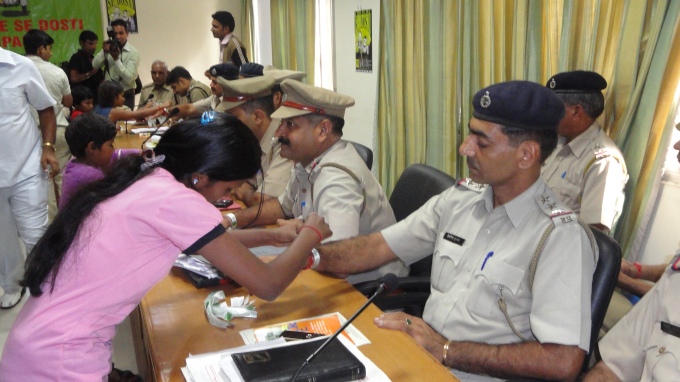